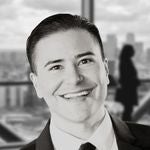 Shareholder Frank Apodaca specializes in civil rights and other complex litigation. He excels at managing fact and expert evidence, simplifying key issues, and executing clean strategies to deliver outstanding client results. Frank is a premier legal writer. He has decades of experience handling all aspects of trial practice, briefing, and appeals in state and federal courts.  He represents plaintiffs and defendants.

Frank was admitted into the State Bar of Texas in 2002, and the State Bar of New Mexico in 2006.  He has enjoyed federal admissions in the Western, Eastern, Southern and Northern Districts of Texas, the District of New Mexico, and the 10th Circuit U.S. Court of Appeals.  He recently served as President of the New Mexico Chapter of the Federal Bar Association, and is a former member of the H. Vearle Payne American Inn of Court.

Outside the office, Frank delights in spending time with his wife and young daughters. He is an avid outdoorsman, and enjoys golf and guitar. He is a Director on the Board of Illuman New Mexico, and is committed to its mission of men transforming men, through a power greater than themselves.