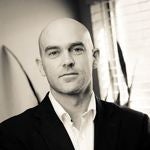 Brian Griesmeyer is a senior associate attorney with SaucedoChavez P.C. dedicated to solving his clients' legal issues both efficiently and with his clients as a top priority. In his first year of practice alone, Brian conducted numerous depositions, argued motions in state and federal court, and tried a case in the metropolitan court. He also represented business clients dealing with the Department of Labor, federal, state, and private construction jobs and many other complicated legal issues. He now focuses primarily on personal injury, civil rights, employment law and commercial dispute cases.

Prior to joining SaucedoChavez P.C., Brian used his time as a student at the University of New Mexico School of Law to conduct research into getting children access to mental health services through Medicaid's provision for early and periodic screening, diagnostic and treatment services. Committed to his research, Brian presented his findings to the Legislative Health and Human Services Committee on behalf of the J. Paul Taylor Taskforce, which was convened to address the behavioral health needs of New Mexico's children.

Brian took the long road to becoming a lawyer. After graduating from Highland High School in 2000, he attended the University of New Mexico in Albuquerque, where he graduated in 2008 with his B.A. in cultural anthropology. He later went on to attend law school at the University of New Mexico, and graduated magna cum laude in 2016 receiving his J.D. He was admitted into the State Bar of New Mexico in September of 2016. Following this, he was admitted into the Federal Bar of the Unites States District Court for the state of New Mexico in 2017, and the United States Court of Appeals for the Tenth Circuit in 2020.

When Brian isn't hard at work for the firm and his clients at SaucedoChavez P.C., he spends most of his time with his family. Music is a huge part of Brian's life and he enjoys singing and songwriting. Brian knows how important physical and mental health are and focuses on training regularly at the gym or at home via weightlifting or conditioning workouts.